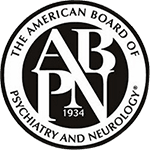 There are several different types of depression. Below we describe four types. Dr. Brown is highly experienced in the treatment of these and other forms of depression.

Major depression is a common emotional disorder which can markedly affect a person’s ability to function socially, in family life, and at work. A person can have a single episode of major depression in their life or may have repeated episodes. Some depressions are caused by genetic and physiological predisposition and others are situational, which are caused by life stresses.

Dysthymia is a type of depression which is characterized by a lower level of depressive symptoms over a long period of time.

Postpartum depression usually occurs within a month after a woman gives birth.

Seasonal affective disorder occurs exclusively during the later fall and winter months when there is less sunlight.

Symptoms of depression include: